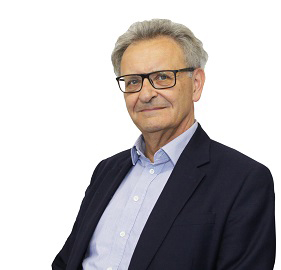 John joined the Trust as a Non-Executive Director in February 2018, chairing the Trust’s Audit Committee which oversees the system of governance for the organisation.

After taking a history degree, John began his working life as a social worker in London. After a couple of years he switched to accountancy and qualified as a chartered accountant in 1981.

John joined the NHS in 1983, where he has remained ever since; originally in London, but in and around Greater Manchester since 1987. In this time he has held board level posts in Manchester, Rochdale, Oldham, Tameside, Central Manchester Hospitals and The Christie.

Since retiring from full time executive roles he was chair, until 2013, of The Lifeline Project, a social enterprise company providing drug rehabilitation services.

He was also chair of Manchester Mental Health and Social Care Trust until it merged with Greater Manchester West in 2015.

John is a Trustee of the Buxton Opera House and of a small charity, Improving Chances, which he set up with his wife to support a school for children with special needs in Uganda.