Gifts galore as thanks for Tameside mental health team

Summers Ward received special thanks from a local family, in the form of personalised gifts. 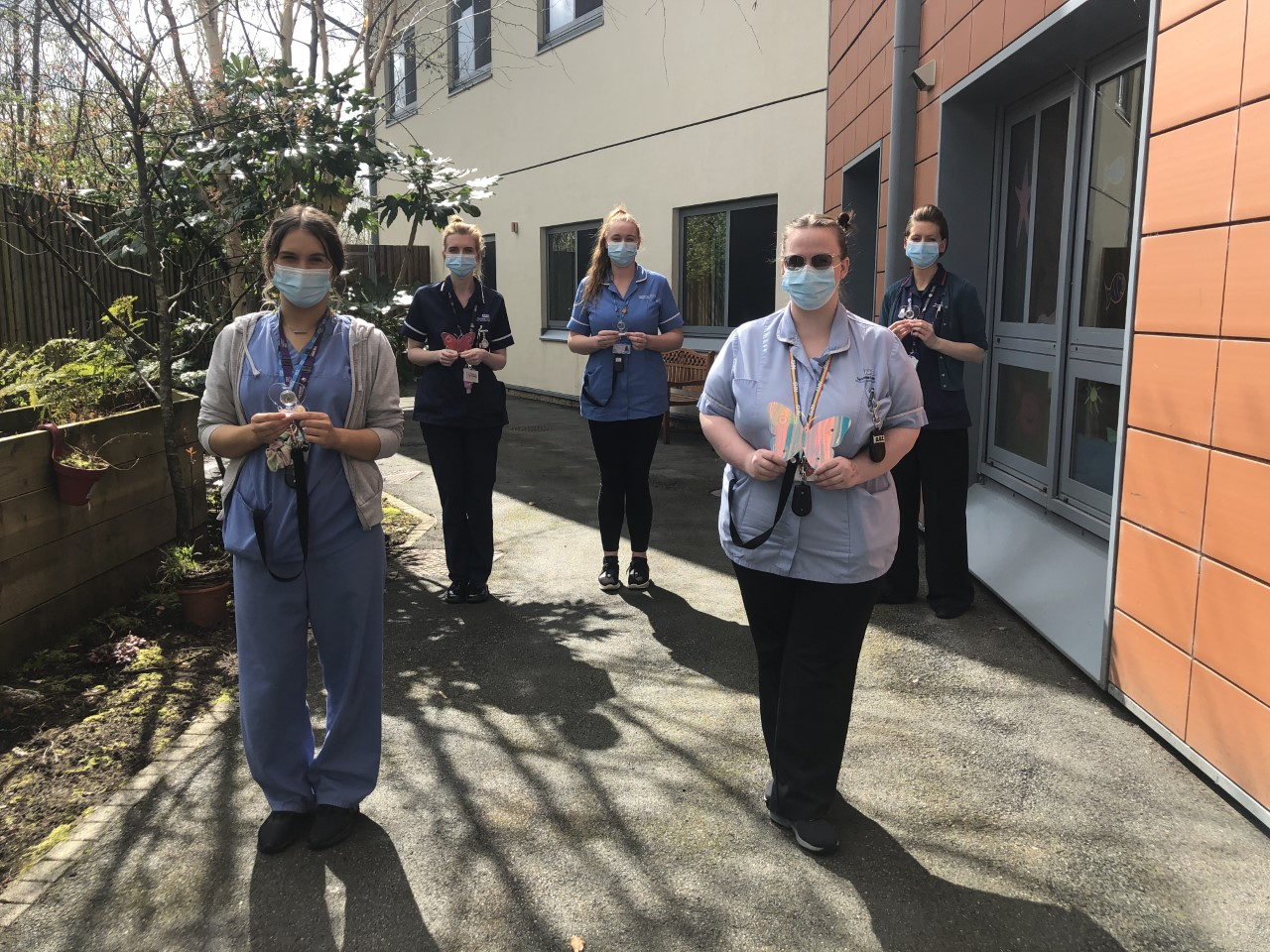 Martin and Ron Revell made miniture trophies for all staff on the ward, to show their appreciation for the care Linda Revell received during seven months with them.

Each trophy features an individual name and a Peter Rabbit 50 pence piece, representing Linda’s love of animals and animation.

Linda's son, Martin, said: “I was overwhelmed with the care that was given to mum and thought we needed to say thank you.”

Her husband, Ron, added: “We’ve always collected coins, and also have a business making collectables and statues with laser etchings, so this was a perfect way to put them to use.

“I was impressed with how well they were looking after Linda. Everyone has done a fabulous job, thank you for all you have done.” 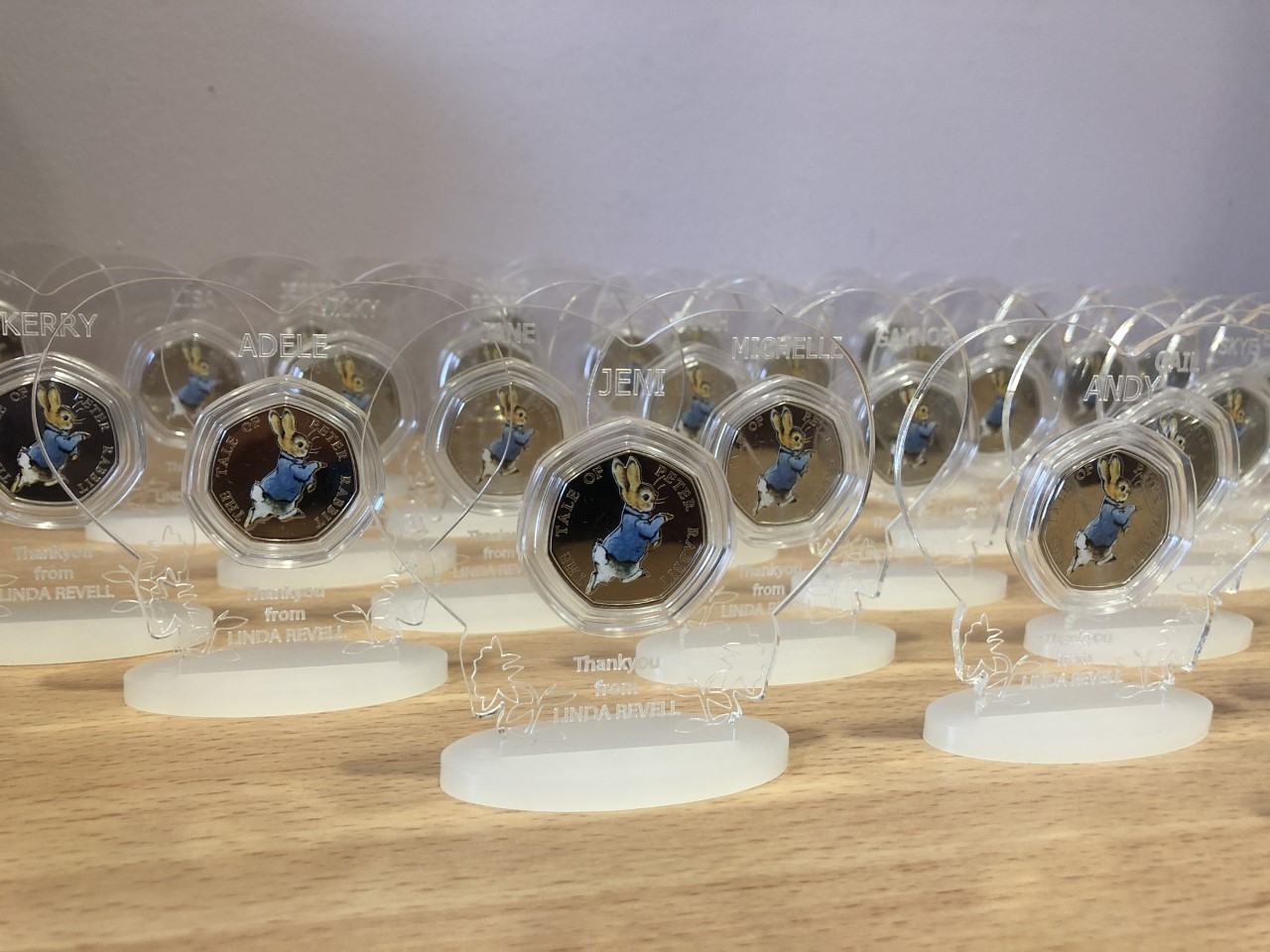 Kerry Moyles, Summers Ward manager, said: “We were really moved to receive the gifts. It’s great to get such recognition from one of the families we’ve supported.

“We know it must have been a difficult time for Ron and Martin, so it’s really heart-warming that they put in so much effort into getting all our names and making us a special thank you.”

Summers Ward is based on the Tameside General Hospital site. It provides support for older adults with mental health problems, primarily dementia, where they can’t be cared for in the community, or other settings, due to the intensity and expertise of the care required.