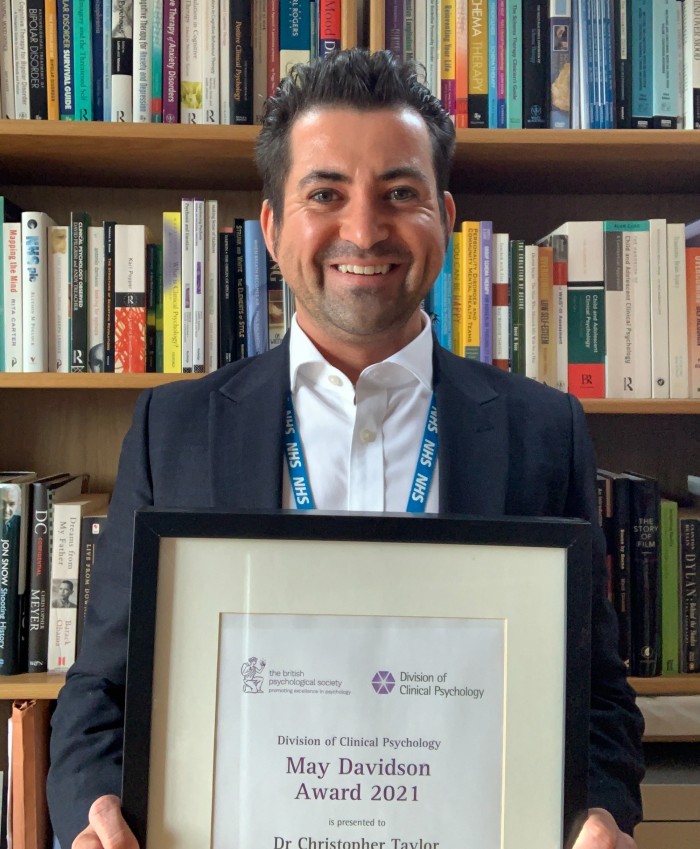 As part of the award, Chris will give a lecture on his research at next year's national conference.

Chris said: "I'm humbled and delighted to be recipient of the May Davidson Award, which has many distinguished previous winners, whose work I greatly admire. Alongside my leadership, management and clinical roles, I'm grateful for research grant support which has allowed me to undertake various studies in psychosis on imagery focused therapy, understanding core beliefs and as a co-investigator on a new trial of therapies to enhance treatment decision making capacity in psychosis.

Clinical work and research are both team efforts: thank you to supervisors, managers, colleagues, team members, students, grant funders and clients, service users and patients. A special thanks to my wife, family and friends for their support over many years".

Chris was the first clinical psychologist in the UK to be awarded a National Institute for Health Research Doctoral Research Fellowship in Psychosis and currently has funding from the Chief Scientist Office as part of the DECIDES trial, the first ever 'umbrella' trial in mental health to be undertaken anywhere in the world (testing three treatments at the same time to accelerate findings).